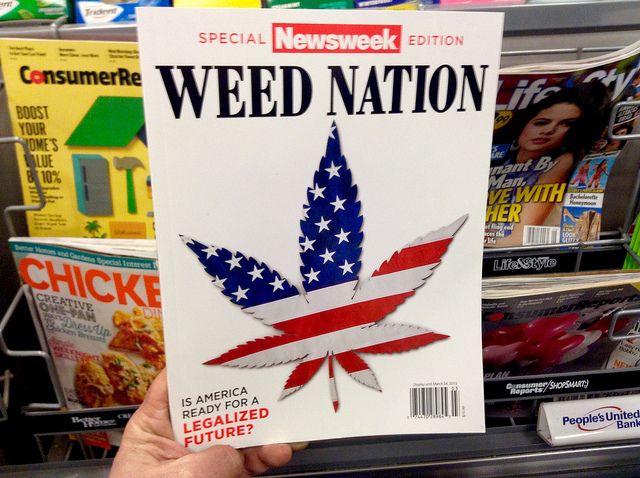 Washington has the dubious honor, along with Colorado, to be one of the few states where recreational marijuana use is legal. But other states are sure to join. Recreational marijuana is the fastest growing industry in the US, and this will continue as recreational use is legalized in more and more states. In 2014 it grew 74% to 2. 7 billion. A 32% growth rate is expected this year. And recently the Spokesman Review reports that in the last 15 months since it has been legal, Washington State residents have spent $357 million dollars on marijuana products. In Spokane, where I live, there are over twenty marijuana dispensaries, with all the radio, print, and billboard advertising needed to support them. Christians need to think biblically about this. Is recreational marijuana use biblically legit?

Before we address that question, we need a quick inoculation against some fallacies that often undermine attempts to get at solid answers. For instance, there is what we call “the Gnostic Fallacy.” Classical Gnosticism held that matter is inherently evil, created by the bumbling Demi-urge. The Gnostic Fallacy applied to our question would say that marijuana itself is inherently evil. But this thinking is unbiblical. God created the world, and called it all very good. The earth is the Lord, and all it contains (Ps. 24:1). Because marijuana has some good purpose, there is no value in engaging in futile arguments denying the goodness of hemp as rope, hemp as clothing, hemp as paper, etc. God gave us marijuana as a blessing, just as he gave us tempered steel, single malt Scotch, and crude oil. Matter is not sinful, but it can be put to sinful uses by people. Now, as Christians we acknowledge it as a blessing because God made it. But this does not mean it is an unqualified blessing, in any way that it is used.

Another fallacy is that because something is legal, it must therefore be okay. We might call this, “The State Discipling the Church Fallacy.” The state is to punish evildoers, and reward those who do well (Rom. 13:4). But it often gets these things backwards, stripping widows of their savings and possessions because they will not bake certain cakes, while allowing high crimes and misdemeanors to go unpunished. The fact is, Jesus calls us—the church—to disciple the nations , teaching them all he has commanded us.

A third fallacy is the Experience Fallacy. It says that unless you have personally done the act that is being contemplated, you do not have enough experience to weigh in justly. For example, pastors who have committed adultery make the most effective and compassionate counselors for those who have succumbed to adultery. Another version sounds like this, “Unless you have smoked pot, you have no idea what you are talking about when it comes to whether doing so is wrong.” Of course, the “experience fallacy” means that the one to whom God the Father entrusted all judgment is himself disqualified from judging. Yes, the “experience fallacy” excludes Jesus. Oops.

A fourth fallacy we might call the “Explicit Mention Fallacy.” It says that unless the Bible explicitly mentions something, it is allowed. It never mentions marijuana, thus it allowed. This is perhaps the most ham-handed of the four. Using it, we might reason that when Paul says, “Be not drunk with wine,” getting hammered with vodka is just peachy.

The point is, getting intoxicated, by whatever means, is prohibited—whether whisky or wine, beer or marijuana. Does marijuana intoxicate? Well yes, that is the point, is it not? Every ad for marijuana has this language attached to it:

The mandatory warning on all marijuana advertising says:

This product has intoxicating effects and may be habit forming.”;. . . “Marijuana can impair concentration, coordination, and judgment. Do not operate a vehicle or machinery under the influence of this drug.”;

Well, wine intoxicates, but we still drink it as a beverage. Also,  Scripture commends it as that which “makes the heart glad.” How do we stay within the zone between “hearts made glad” and “three sheets to the wind”? This is much easier to navigate with alcohol than with marijuana. Joe Carter, over at the Gospel Coalition, assembles some of the data. With alcohol, a standard drink is usually considered to be twelve ounces of 5% beer; 5 ounces of 12% wine; or 1.5 ounces of 80 proof spirits. How many standard drinks to reach a level of intoxication? “In most U.S. states, the legally defined level of intoxication typically occurs, depending on pacing, after four drinks for an average-sized woman or five for an average-sized man.”

But here is where alcohol and smoking weed are different. Carter writes, “For marijuana, however, a much lower dosage is needed to induce a state of intoxication. Studies show that intoxication occurs at the ingestion of less than 7 mg of THC (the psychoactive ingredient in marijuana). That is approximately the equivalent of four puffs on a marijuana cigarette.” So if you are at a barbecue, and are enjoying another beer, when you feel that buzz creeping up, you can get another sandwich, and switch over to lemonade. But the high that comes from marijuana does not approach discreetly and gradually—allowing you to head for the back door. No, the high from smoking weed comes much faster–usually within four hits. The safety zone between a glad and a sozzled heart is much smaller. And presumably, that’s part of the attraction. People smoke weed to get high. But there are other reasons for drinking than intoxication. What’s more refreshing than a lager after mowing the lawn on a hot Saturday afternoon? And the reason Zinfandel goes so nicely with grilled beef has everything to do with flavor, and nothing to do with alcohol content.

One thought on “Marijuana Fallacies”