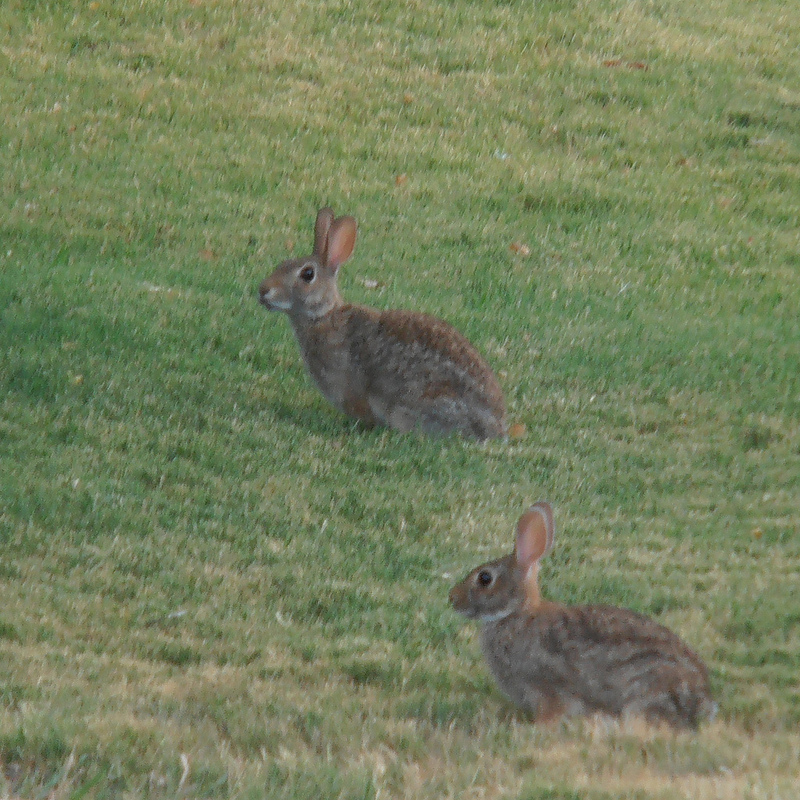 “Concentration is the secret of strength in politics, in war, in trade, in short in all management of human affairs.” — Ralph Waldo Emerson

“If you chase two rabbits, both will escape.”

One of the Apostle Paul’s qualities was his focus. He chased one rabbit from his conversion to his death. What was it? He writes in 1 Corinthians 1:17 (NKJV)

17 For Christ did not send me to baptize, but to preach the gospel, not with wisdom of words, lest the cross of Christ should be made of no effect.

As fundamental as baptism is to the gospel, Paul did not see it as his mission. His mission was to deliver the gospel. Again, he writes in 1 Corinthians 1:23 (NKJV)

23 but we preach Christ crucified, to the Jews a stumbling block and to the Greeks foolishness,

And then again he writes in 1 Cor. 2:2, “ For I determined not to know anything among you except Jesus Christ and Him crucified.” And in 1 Cor. 9:19-23, he explains his behavior by repeating, five times, “that I might win”; and at the end he removes all doubt about what he means, “that I might by all means save some.” (v. 22).

And because of Paul’s laser-like focus, God blessed the work of his hands, and through him planted churches throughout the Gentile world, and through him he penned thirteen letters in the New Testament, which continue to have their impact today. Why was Paul so fruitful? We see, in chapters 8 and 9, that Paul tore down walls, and built bridges.

We have already seen how determined Paul was to place no stumbling block in front of believers in chapter 8.  To accomplish this, Paul was sensitive not to set an example that would lead them into behavior that could entrap them.) He was willing to lay down his liberty. His brothers and sisters were more important than his dietary preferences.

In chapter nine Paul lays down his salary. He is due the support from the church, but does without it so that the gospel can be offered free of charge, and also to set himself apart from the false apostles, who came after he left, and squeezed the church. But these are just examples. What walls do Christians unnecessarily place before unbelievers?

The word “unnecessarily” is important. Our goal, in evangelism, is to remove every stumbling block in front of the unbeliever, except one. Everyone must face Jesus Christ. He is the rock, and either he is the foundation on which you stand, or the stone of stumbling (1 Pet. 2:8). The gospel is an offense to our pride, because it does not allow us to contribute even a granule to our salvation.  They must face Christ and his claims. It is not our place to soften the claims of Christ on anyone. We are messengers. We must just communicate Christ’s claims faithfully.  Success in evangelism is sharing the gospel in the power of the Holy Spirit and leaving the results to God.

Jerram Barrs (from whom I swiped the “Tearing Down Walls, Building Bridges” structure) highlights one obstacle to the gospel in his book, The Heart of Evangelism, “An “us versus them” mentality can produce fear of the world, a condemning, even hateful attitude toward ‘sinners’, a desire to retreat into the safe haven of our Christian institutiions, and an insistence on personal separation from ‘sinners.’ If we don’t know any non-Christians in any personal depth, it is evident that the only evangelism that can ever take place is technique-based raids from behind the wall of the church into the “enemy-occupied territory’ of the world.” p. 11. For Psalm-singing, black-coffee Calvinists, this problem is a special temptation, because we have been so thoroughly taught about antithesis. When Jesus commands us to love our enemies, our first step of obedience is recognizing that we have some. But then we don’t embrace the fullness of Jesus’ jarring command. Love. Love them! Love all of them. And how that love is shown will depend on the circumstances. We should remember, though, that some–many–are like the child soldiers of Uganda. They are “held captive by [the devil] to do his will” (2 Tim. 2:26). Rebellion again God is an atrocity. But those who do so deserve our compassion.

Another obstacle to the gospel is self-righteousness. We have no business expecting unbelievers to obey God’s law before we will deign to befriend them. Jesus did’s roll this way, but was roasted for hanging out with “sinners.”  The one issue with those who have not trusted Christ is just that. When the heart is changed, everything else will follow.Jesus must be the issue.

A third obstacle is hypocrisy. Unbelievers and believers alike value authenticity. The name of Christ is mucked every time a well-known Christian is in the midst of some scandal. These scandals seem to be almost as regular as Thursday. So in a misguided effort at damage control, some Christians has slapped the “Christians aren’t perfect, just forgiven” sticker on their bumper. There… that alleviates unbeliever’s angst at our moral inconsistencies. All better! No, far worse, because now it looks like we are being flippant about wrongdoing. We have a “get out of jail free” card. And while this is true, it is also true that it didn’t cost $50 of monopoly money, but the Son of God being forsaken by His Father as He bore our sins. And it is also true that this same Father disciplines us when sin–there are consequences. The antidote for hypocrisy is humility. Make much of Christ, and stay small yourself.

Paul not only sought to tear down all obstacles except one. He sought to build bridges, and he did this by adopting the cultural practices of those that he was ministering to. This is a change. God filled the lives of the Jews with reminders that they were to stand out as his holy people. They had different clothing, they had fringes on their garments; they ate different food; they farmed differently; they had different laws on employment and slavery; they had different laws on sexual intimacy; they had different ways of viewing time with the Sabbath; they extended judicial rights to women and children, as image bearers. And it goes on and on. God, in the Old Testament is teaching them what it is to be a set apart people. This is during the “minority” of his people. You don’t send 12 year olds off alone to evangelize the Visigoths. You send adults.

But in the New Testament—we have reached our “majority.” We have learned that the holiness the Lord so desires in us is not of the ceremonial variety, but the holiness of life that comes from offering yourself up as a living sacrifice to the Lord Jesus Christ every day.  So, Paul has been set free from the strictures of the ceremonial law. What once were laws have now become tools. And now notice what he does… he employs them, or he doesn’t employ them depending upon whether or not it would help him win the person in front of him.

Paul mentions Jews; those under the law (Jews); Paul was passionate about saving the Jews (Roman 9:3—willing to be damned, if it would help). He accommodated them by circumcising Timothy when he decided to take him with him to win Jews (Acts 16:1-3). He joined in Jewish purification rites (Acts 21:23-26) so he could win Jews. He respected Jewish scruples in order to build bridges with Jews.

Paul also loved the Gentiles— to win them, he became as one without the law. If they were having BBQ’s baby back ribs—forbidden to Jews–he would join in. He had pepperoni pizza with the gentiles at the pub. He had a BLT. He ate lobster, or one of those infamous shrimp cocktails. But some practices he did not adopt in order to win them—he did not visit temple prostitutes; he did not burn incense to Caesar. He would hang out with them, be with them, do what they did—provided it was not against the moral law. He wanted to build bridges, to win them—so he adopted their customs.  Paul still honored the moral law (Rom. 7:22; Gal. 6:2); “Where no principle was at stake he was prepared to go to extreme lengths to meet people.” Morris, p. 136.

So whether Jew, or Gentile; whether a weak Christian we are to 1) meet them where they are at; 2) take them one more step towards Christ; Rinse, Repeat. The point is that Paul closes distance so he can lead them from where they are.  And notice Paul’s reason, v. 23, “Now I do this for the gospel’s sake, that I may be partaker of it with you.”

Hudson Taylor (pictured above) applied this principle to his missions work in China. Unlike his fellow missionaries, Hudson Taylor adopted Chinese clothing, and he grew his hair out into a queue—a long pony tail.

But the one who overcame the most barriers to win people was of course Jesus. The Son of God, the second person of the Trinity, took on drastic measures to win us. He took on human flesh (forever! Not temporarily!) and dwelt with us. He overcame the barriers of our own hostility and sinfulness, and brought us peace with God. This message is what Paul is so passionate about, and this is the message with which we have been entrusted.